Father daughter relationships is a very special relationship between them. For every girl her father is her first hero.

A famous quote says that "Every girl may not be queen to her husband, but she is always a princess to her father." Another famous quotes says that "A son is a son until he finds a wife but a daughter is a daughter for life." 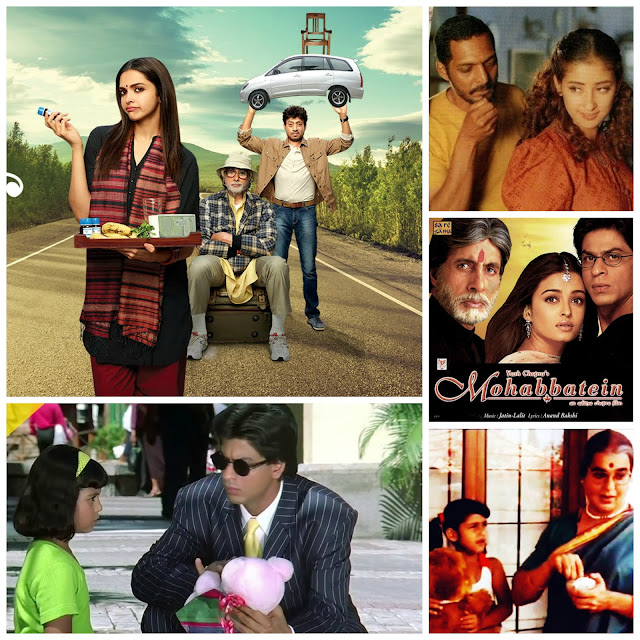 Below are list of famous Bollywood movies based on Father daughter relationships.

Piku is a crazy father daughter relationship based movie. Amitabh Bachchan, Deepika Padukone and Irrfan Khan plays the lead role. Piku is directed by Shoojit Sircar and movie released on 8th May 2015.

Amitabh Bachchan, Aishwarya Rai Bachchan and Shahrukh Khan plays the lead role. Mohabbatien is directed by Aditya Chopra and movie released on 20th October 2000.
Below is a video clip from Mohabbatein movie where Aishwarya Rai says you are the best dad in the world.

Kuch Kuch Hota Hai is a blockbuster movie of 1998. Shahrukh Khan plays the role of doting father in the movie. Movie is released on 16th October 1998.
A emotional scene from Kuch Kuch Hota Hai.

Khamoshi is a very beautiful movie based on relationship between a mute father and a normal kid. Movie is released on 9th August 1996.

Kamal Hassan and Tabu plays the lead role in the movie. Movie is released on 19th December 1997.

If you missed any movie then on this Father's Day watch these movies with your Dad.
Happy Fathers Day.